The Life and Death of Bob Fosse (livre en anglais) 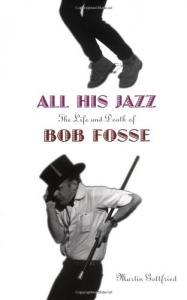 Description de l'ouvrage :
Winner of an Oscar for Cabaret, a Tony for Pippin', and an Emmy for Liza with a ‘Z'—all in one year, 1972—Bob Fosse (1927–1987) was one of America's greatest choreographers and directors. Born in Chicago, young Fosse began his career tap-dancing as part of the Riff Brothers in sleazy strip joints, where he encountered the erotic style that later became his signature. Best known for his Broadway hits (The Pajama Game, Damn Yankees, Sweet Charity, and Chicago), he was also a successful movie director. Three of his five films were nominated for Academy Awards: Cabaret, Lenny, and the autobiographical All That Jazz. A compulsive womanizer, he had many affairs, even during his three marriages, the last of which was to actress Gwen Verdon, with whom he shared his most fruitful Broadway collaborations. As his fame grew, so too did his insecurities and addictions. He survived two heart attacks and several epileptic seizures, only to die on a street corner in Washington, D.C., in Verdon's arms. After his death Fosse became a Broadway legend. Based on interviews with friends, family, and colleagues, this eloquent biography provides a vivid connection between Bob Fosse's life and his work for stage and screen.

Revue de Presse :
From Publishers Weekly : Former Women's Wear Daily drama critic Gottfried traces the life and career of director/choreographer Fosse (1927-1987), who rose to fame with The Pajama Game , Damn Yankees , Sweet Charity and other shows and films. Fosse's life was full of conflict--a desire (unfulfilled) to star as performer as well as director, painful personal relationships, obsession with sex and a preoccupation with death that led him to recount the details of his heart attack in the movie All That Jazz . Basing his text on interviews, Gottfried examines Fosse's numerous unsatisfactory marriages and love affairs, and his tense dealings with collaborators and colleagues, revealing much about the backstage intrigues and vicissitudes of show business, but offering little of substance about either the shows themselves or Fosse's talent. Photos not seen by PW. Copyright 1990 Reed Business Information, Inc.

Revue de Presse :
Drama critic Gottfried, author of Broadway Musicals (Abrams, 1989), brings a wealth of Broadway lore to his biography of choreographer/director Fosse, who made a lasting impact on the dancing style of Broadway musicals. Fosse was a driving perfectionist who had such mega-hits as Broadway's Sweet Charity and the movie version of Cabaret , and such colossal failures as the movie version of Sweet Charity and his last movie, Star 80 , which combines his lifelong obsessions, sex and death. Three times married, the last to Gwen Verdon with whom he had his string of Broadway hits, Fosse was a compulsive womanizer. He remains a likable character despite this and other negative traits which Gottfried does not soften. Gottfried gives a more complete psychological portrait of this contradictory man than Kevin Grubb's Razzle Dazzle ( LJ 10/1/89), which was heavily illustrated. Previewed in Prepub Alert, LJ 8/1/90.- Marcia L. Perry, Berkshire Athenaeum, Pittsfield, Mass.Copyright 1990 Reed Business Information, Inc.