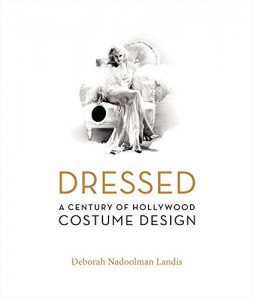 Description de l'ouvrage :
From the lavish productions of Hollywood's Golden Age through the high-tech blockbusters of today, the most memorable movies all have one thing in common: they rely on the magical transformations rendered by the costume designer. Whether spectacular or subtle, elaborate or barely there, a movie costume must be more than merely a perfect fit. Each costume speaks a language all its own, communicating mood, personality, and setting, and propelling the action of the movie as much as a scripted line or synthetic clap of thunder. More than a few acting careers have been launched on the basis of an unforgettable costume, and many an era defined by the intuition of a costume designer—think curvy Mae West in I'm No Angel (Travis Banton, costume designer), Judy Garland in A Star is Born (Jean Louis and Irene Sharaff, costume designers), Diane Keaton in Annie Hall (Ruth Morley, costume designer), or Harrison Ford as Indiana Jones in Raiders of the Lost Ark (Deborah Nadoolman Landis, costume designer).

In Dressed: A Century of Hollywood Costume Design, Academy Award-nominated costume designer Deborah Nadoolman Landis showcases one hundred years of Hollywood's most tantalizing costumes and the characters they helped bring to life. Drawing on years of extraordinary research, Landis has uncovered both a treasure trove of costume sketches and photographs—many of them previously unpublished—and a dazzling array of first-person anecdotes that inform and enhance the images. Along the way she also provides and eye-opening, behind-the-scenes look at the evolution of the costume designer's art, from its emergence as a key element of cinematic collaboration to its limitless future in the era of CGI.

A lavish tribute that mingles words and images of equal luster, Dressed is one book no film and fashion lover should be without.

A Century of Costume Illustration

An Illustrated Guide to the Work of 157 Great Designers

Film-Star Portraits of the Fifties (2011)

Movie-Star Portraits of the Forties (2011)