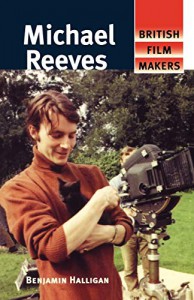 Description de l'ouvrage :
Cine-literate and single-minded, Michael Reeves took on exploitative film production companies, the British censors, and even Vincent Price to create a unique vision of savage poetry and lacerating despair: Witchfinder General. He died aged 25 in 1969, between the end of Swinging London and the collapse of the British film industry - an apt candidate to represent all that could have been. This critical biography claims Reeves as the great, lost auteur of British cinema and traces his conception of film back to his childhood and formative experiences. Benjamin Halligan examines Reeves's films in the context of the times, citing The Sorcerers and Witchfinder General as foreshadowing and critiquing the psychedelic and revolutionary zeitgeist. Reeves's earlier work on the fringes of the freewheeling European exploitation cinema is also covered, with particular emphasis on his Revenge of the Blood Beast. Drawing on recollections from colleagues, friends and family, many speaking here for the first time, draft scripts, correspondence and original documentation pertaining to the controversial censorship of Witchfinder, and Reeves's struggle with his own private demons, Halligan creates a complete picture of this elusive, driven figure and his films. He speculates on what Reeves would have gone on to achieve, and why this should still matter.