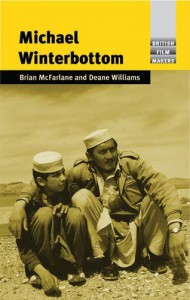 Description de l'ouvrage :
This is the first book-length study of the most prolific and most critically acclaimed director working in British cinema today. Michael Winterbottom has also established himself, and his company, Revolution Films, as a dynamic force in world cinema. No other British director can claim such an impressive body of work in such a variety of genres, from road movie to literary adaptation, from musical to sex film, to stories of contemporary political significance.

The authors of this book use a range of critical approaches to analyse the filmmaker's eclectic interests in cinema and the world at large. With this in mind, the realist elements of such films as Welcome to Sarajevo are examined in the light of a long history of cinema's dealings with realism, as far back as post-war Italian neo-realist filmmaking; whereas Jude and The claim are approached as both literary adaptations (a continuing strand in British cinema history) and examples of other reworked genres (the road movie, the western).

This lively study of his work, written in a wholly accessible style, will engage all those who have followed his career as well as those with a wide-ranging interest in British cinema.