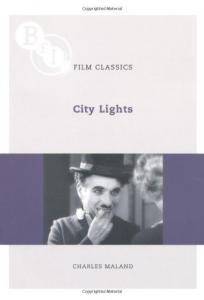 Description de l'ouvrage :
In 1967, Charlie Chaplin told an interviewer, "I think I like City Lights the best of all my films." Speaking of the film's famous ending, James Agee wrote that "it is enough to shrivel the heart to see." Although City Lights had a long and extremely difficult production history, the final film, in Alistair Cooke's apt words, flows "like water over pebbles, smooth and simple for all to see with no hint of the groaning pressure that had gone into it." It could easily have been otherwise. Chaplin began the film in 1927, even before the release of The Circus, just months after a highly publicized divorce from his second wife and a tax dispute with the U.S. government, both of which cost him dearly. In addition, Chaplin's mother, with whom he had a close and complex relationship, died in August 1928. Besides the burden of these financial and emotional strains, Chaplin also had to contend with the transition of the American film industry to the talkies and the downward spiral of the depression following the Stock Market Crash in October 1929. He chose a novice actress, Virginia Cherrill, as the female lead for the film, and during production he fired the man originally cast as the millionaire and fired, then re-hired, Cherrill. Yet he pressed forward, releasing the film to much acclaim and box-office success in the first two months of 1931. Aesthetically, technologically, and culturally, City Lights is a key transitional film in Chaplin's body of work, as the director/writer/actor responded for the first time to sound films and stepped in the direction of the social commentary that would become more overt in Modern Times (1936) and The Great Dictator (1940). Based on extensive archival research of Chaplin's production records, Charles Maland's City Lights offers a careful history of the film's production and reception, as well as a close examination of the film itself, with special attention to the sources of the final scene's emotional power.

Biographie de l'auteur :
Charles Maland is Professor of Cinema Studies, American Studies and English at the University of Tennessee.

Discovering Early Hollywood Through the Films of Charlie Chaplin