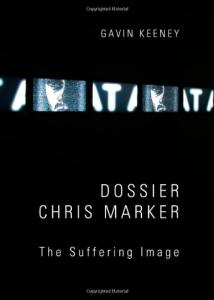 Description de l'ouvrage :
The Suffering Image is a study of a late-modern chiasmus, impersonal-personal agency, as it comes to expression in the works of French artist and filmmaker, Chris Marker, as the dynamic interplay of political and subjective agency. As chiasmus, the complementary halves of this often-apocalyptic dynamis (a semi-catastrophic, temporal or historical force-field) also – arguably – secretly agree to meet, through the work of art, in the futural. Consistent with the classical figure of concordia discors, these irreducible warring aspects of life experience are, in fact, resolved in an atemporal and ahistorical moment that inhabits the work of art from its inception. This redemptive aspect in art is also the ultimate gesture of the artwork as “mask” or “screen” for forces that reside beyond the frame of the image or work, as its proverbial Other, or within the frame, as other to that Other. A topological “knot,” or ontological “problem,” it is this very conflict that animates all of Marker’s extensive works – filmic and otherwise.
Language: English, Spanish, Italian, French, German, Japanese, Chinese, Hindi, Korean

Biographie de l'auteur :
Gavin Keeney is an editor, writer, and critic. His most recent publications include: Art as “Night”: An Art-Theological Treatise (Cambridge Scholars Publishing, 2010), a survey of meta-painting from Velázquez to Gerhard Richter; and “Else-where”: Essays in Art, Architecture, and Cultural Production 2002–2011 (Cambridge Scholars Publishing, 2011). He has taught in architecture schools in the US and Australia and is the Creative Director of Agence ‘X’, an artists’ and architects’ re-representation bureau.