« The Art and Science of Arrival » 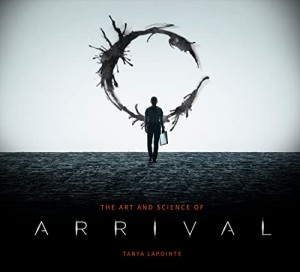 Since its release in 2016, Denis Villeneuve’s Arrival has embedded itself firmly in the minds of moviegoers around the world. The film, which was grounded in a certain level of plausible science, has also generated conversation within academia and has been studied in film, philosophy, and linguistic classes.

In The Art and Science of Arrival, author and producer Tanya Lapointe revisits the film and its legacy with the production’s key team members. This lavish hardback volume recounts the genesis of this modern classic, from Ted Chiang’s short story The Story of Your Life to its premiere in Venice and its subsequent eight Academy Award™ nominations. It explores the film’s concept of non-linear time, and showcases the remarkable concept art that brought the aliens, their ships and their startling logogram language to life.