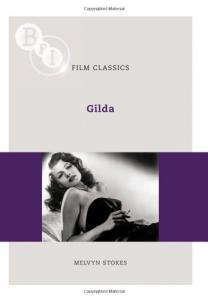 Description de l'ouvrage :
Charles Vidor's classic noir film Gilda has fascinated audiences and critics since its release in 1946. Set in Argentina at the end of World War II, the film stars Rita Hayworth in her best-remembered role, as the feisty and seductive title character, Gilda, caught in a love triangle between tough casino owner Ballin Mundson (George Macready) and professional gambler Johnny Farrell (Glenn Ford). Gilda's success had a long-lasting impact on Hayworth's career and her star persona: 'Put the Blame on Mame', the song she performs in the film, was a best-selling song of 1946, and the atomic bomb tested on Bikini atoll on 1 July 1946 was named 'Gilda' and had a picture of Hayworth on the side. Such was her identification with the role, Hayworth later complained, that 'men went to bed with Gilda and woke up with me'. Melvyn Stokes's study of the film provides an in-depth account of its production history, including attempts at censorship by the Production Code Administration. He also analyses the film's characterisation and narrative, cinematography, formal devices such as the use of a voiceover narrator, mise en scène and preoccupation with sexual perversity. Stokes places Hayworth's performance in the title role in the context of her film career and star persona, focusing on her complicated ethnic identity as she evolved from being brunette 'Spanish/Latin American' dancer Margarita Carmen Cansino into the auburn-haired movie star 'Rita Hayworth'. Stokes addresses the film's political context – its setting in an Argentina that had entered the war on the Allied side, with a sub-plot involving Nazi skulduggery, and the extent to which the film responded to and reflected social concerns about relations between men and women, female sexuality and masculine identities that had been transformed by the dislocations of wartime and the anxieties of the immediate post-war period. Stokes's illuminating account of the film includes a discussion of its reception history, and its importance for film-makers, critics and scholars as well as its audiences.

Biographie de l'auteur :
MELVYN STOKES teaches film history and American history at University College London. He has written and edited twelve books, including D.W. Griffith's 'The Birth of a Nation': A History of 'the Most Controversial Motion Picture of All Time' (2007). He is currently President of SERCIA, the European film organization.

A History of 'The Most Controversial Motion Picture of All Time'