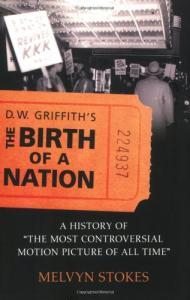 Description de l'ouvrage :
In this deeply researched and vividly written volume, Melvyn Stokes illuminates the origins, production, reception and continuing history of this ground-breaking, aesthetically brilliant, and yet highly controversial movie. By going back to the original archives, particularly the NAACP and D. W. Griffith Papers, Stokes explodes many of the myths surrounding The Birth of a Nation (1915). Yet the story that remains is fascinating: the longest American film of its time, Griffith's film incorporated many new features, including the first full musical score compiled for an American film. It was distributed and advertised by pioneering methods that would quickly become standard. Through the high prices charged for admission and the fact that it was shown, at first, only in "live" theaters with orchestral accompaniment, Birth played a major role in reconfiguring the American movie audience by attracting more middle-class patrons. But if the film was a milestone in the history of cinema, it was also undeniably racist. Stokes shows that the darker side of this classic movie has its origins in the racist ideas of Thomas Dixon, Jr. and Griffith's own Kentuckian background and earlier film career. The book reveals how, as the years went by, the campaign against the film became increasingly successful. In the 1920s, for example, the NAACP exploited the fact that the new Ku Klux Klan, which used Griffith's film as a recruiting and retention tool, was not just anti-black, but also anti-Catholic and anti-Jewish, as a way to mobilize new allies in opposition to the film. This crisply written book sheds light on both the film's racism and the aesthetic brilliance of Griffith's filmmaking. It is a must-read for anyone interested in the cinema.

Biographie de l'auteur :
Melvyn Stokes teaches American history and American film history at University College London. He has also been a visiting fellow at Princeton, a visiting Fulbright Professor at Mount Holyoke College and a visiting professor at the Ecole des Hautes Etudes in Paris. He has edited or co-edited nine books, including four for the British Film Institute.

Its Genesis and Its Vision