« The Films of Sergio Leone » 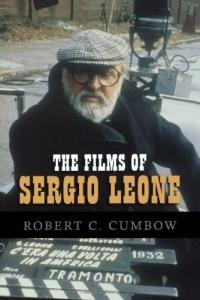 Description de l'ouvrage :
Sergio Leone's renown as a filmmaker rests upon a fistful of films, most notably the three Westerns he made with Clint Eastwood in the mid-1960s: A Fistful of Dollars (1964), For a Few Dollars More (1965), and The Good, the Bad and the Ugly (1966). While the success of these movies ensured Leone's reputation would endure, the few films he made following The Man with No Name Trilogy—culminating in his American gangster epic, Once Upon a Time in America (1984) with Robert DeNiro—would solidify Leone's place as one of the great visionaries of his time. In this enhanced revision of Once upon a Time: The Films of Sergio Leone, Robert C. Cumbow examines the work of this Italian filmmaker who made his mark re-envisioning the American Western. This volume includes a greatly expanded introduction and contains newly revised essays in which Cumbow analyzes the transition from "peplum" films to westerns in the Italian popular tradition. The book also examines each of Leone's major films as director, as well as the swan song Italian Western My Name Is Nobody, which Leone co-wrote and guided as producer. Cumbow also studies Leone's compositional style and the influence of Catholicism and the Italian grand opera tradition on his work. He provides a critical evaluation of Leone's style in reshaping the Western genre (and later, the crime film), as well an assessment of the influences on Leone's work, and his continuing impact on subsequent generations of film makers. Additional features of this book include thumbnail comments on the professionals who most frequently made up Leone's cast and crew, as well as an entire chapter devoted to composer Ennio Morricone. The book also includes an exhaustive bibliography, discography, and filmography, completely updated for this new edition. For fans and scholars seeking original and illuminating discussion of his work, The Films of Sergio Leone provides a critical appreciation of this master stylist.

Biographie de l'auteur :
Robert C. Cumbow has published articles and reviews on film, drama, art, and music. He is the author of Order in the Universe: The Films of John Carpenter (Scarecrow, 2000).