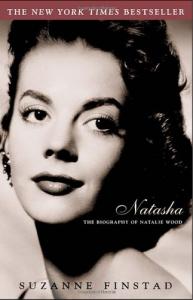 Description de l'ouvrage :
Natalie Wood was always a star; her mother made sure this was true. A superstitious Russian immigrant who claimed to be royalty, Maria had been told by a gypsy, long before little Natasha Zakharenko's birth, that her second child would be famous throughout the world. When the beautiful child with the hypnotic eyes was first placed in Maria's arms, she knew the prophecy would become true and proceeded to do everything in her power — everything — to make sure of it. Natasha is the haunting story of a vulnerable and talented actress whom many of us felt we knew. We watched her mature on the movie screen before our eyes — in Miracle on 34th Street, Rebel Without a Cause, West Side Story, Splendor in the Grass, and on and on. She has been hailed — along with Marilyn Monroe and Elizabeth Taylor — as one of the top three female movie stars in the history of film, making her a legend in her own lifetime and beyond. But the story of what Natalie endured, of what her life was like when the doors of the soundstages closed, has long been obscured. Natasha is based on years of exhaustive research into Natalie's turbulent life and mysterious drowning in the dark water that was her greatest fear. Author Suzanne Finstad, a former lawyer, conducted nearly four hundred interviews with Natalie's family, close friends, legendary costars, lovers, film crews, and virtually everyone connected with the investigation of her strange death. Through these firsthand accounts from many who have never spoken publicly before, Finstad has reconstructed a life of emotional abuse and exploitation, of almost unprecedented fame, great loneliness, poignancy, and loss. She sheds an unwavering light on Natalie's complex relationships with James Dean, Elvis Presley, Frank Sinatra, Raymond Burr, Warren Beatty, and Robert Wagner and reveals the two lost loves of Natalie's life, whom her controlling mother prevented her from marrying. Finstad tells this beauty's heartbreaking story with sensitivity and grace, revealing a complex and conflicting mix of fragility and strength in a woman who was swept along by forces few could have resisted. Natasha is impossible to put down — it is the definitive biography of Natalie Wood that we've long been waiting for. From the Hardcover edition.

Extrait :
“NATALIE WOOD” NEVER REALLY EXISTED. The actress with that name was a fictional creation of her mother, a disturbed genius known by various first names, usually Maria. How Natalie was discovered, why she went into show business as a child, her background, were all part of a tapestry of lies woven by Maria that began before Natalie was even born. “God created her, but I invented her,” her mother said once, after Natalie's body was discovered floating in the dark waters off Catalina Island the Sunday after Thanksgiving of 1981, when she was just forty-three. Natalie Wood, the celebrity, was an entwined alter ego of mother and daughter so powerfully macabre her drowning had been predicted by a gypsy, years before, to happen to Maria, not Natalie. The person inside the illusion of “Natalie Wood” was lost for years, even to herself.

Natalia Nikolaevna Zakharenko, the real name of the actress known as Natalie Wood, was a child of Russia, once removed. Exactly where in Russia we may never know, for her mother, the source of the family history, was an unreliable witness, a feverishly imaginative woman who lived in a world of her own invention, only occasionally punctuated by the truth. Maria's friends characterized this as colorful; others considered her devious; her youngest child eventually concluded she was a pathological liar. There was intrigue to Maria no biographer could fully unravel. She would have three daughters-Olga, Natalia, and Svetlana-three sisters, as in the Chekhov play. For Maria, there was only and ever Natalia. Her consuming obsession with Natasha, Natalia's pet name, was the one thing no one questioned about Maria.

The rest of her life was a masquerade, with Maria assuming different disguises.

Natalie Wood's mother came into the world somewhere in Siberia. It was most likely the town of Barnaul, as her oldest child, Olga, believed and ship's records document, though she told a different daughter and a biographer that she was born in Tomsk. They are both close to Russia's border with Mongolia, near the Altai Mountains. Maria's early years were spent in this nethermost, Russian-Asian region of the more than four and a half million square miles known as Siberia, famous for its bitterly cold winters, romanticized for its forests primeval, and considered the ends of the earth.

Maria claimed, throughout her life, to have grown up in fantastical luxury on a palatial Siberian estate with a Chinese cook, three governesses, and a “nyanka” (nanny) per child. But her most cherished belief, or delusion, was that she was related, through her mother, to the Romanovs, Russia's royal family. Her stories-whether true or not, and most who heard them questioned their veracity-”kept you spellbound,” according to a young actor who befriended Maria in the 1980s, after Natalie drowned. “She herself was quite the actress. She spoke in a very dramatic whisper, so you had to lean in, and pay close attention. She used her hands as she would describe in great detail her genealogy from Russia. She would whisper, 'We were descended from royalty . . .' and you would just hang on every word.”

What is known of Maria's family is that her father, Stepan Zudilov, was married twice. He had four children-two boys, Mikhael and Semen, and two girls, Apollinaria (called Lilia) and Kallisfenia (or Kalia) – by his first wife, Anna. Anna died in childbirth with Kalia in 1905 in Barnaul, where the Zudilovs resided. Stepan took a second bride, who would likewise bear him two sons and two daughters in reverse order: a girl, Zoia, born in 1907, followed by Maria, then Boris and Gleb. Stepan Zudilov's youngest daughter, Maria Stepanovna Zudilova, would become the mother of Natalie Wood.

According to Maria, her mother (also named Maria) was “close relations” to the Romanov family. It is believed her maiden name was Kulev. Whether she was an aristocrat is unknown. Kalia, Stepan's younger daughter by his first wife and the only Zudilov child other than Maria to immigrate to the United States, would later tell her children, “Somebody in the line was a countess.” But as a Russian historian notes sardonically, “Everyone from Russia wants to be related to the Romanovs.”

If Natalie Wood's grandmother had royal blood, her mother undermined her own credibility by the thousand-and-one variations on her lineage she offered, Scheherazade-style. “One story was that her parents took her to China when she was a little girl and she became a Chinese princess through some mysterious circumstances that were never explained,” recalls a Hollywood friend. Another version that surfaced in studio biographies after Natalie became a child actress identified Maria as “being of French extraction.” According to her eldest daughter, Olga, this was a prank on Maria's part. “When they would ask her if she's French, she'd say, 'Oh, yes . . .' She knew how to speak French, because she probably had French nannies.” Even this was based solely on Maria's word, for Olga never heard her mother actually speak a word of French (nor did Maria's half-sister Kalia speak it). Maria's white lie sustained itself all the way to a 1983 television tribute to Natalie Wood, during which Orson Welles, her first costar, refers to Natalie being “not just of Russian but also of French descent.” Maria, in the opinion of her daughter Lana (Americanized from Svetlana), was “frightening” in her ability to bend reality and convince others it was true, “because she did believe everything that came out of her mouth.”

Maria told Lana that she was born to gypsy parents who left her on a hillside, where the Zudilovs found her and raised her as their own. “I heard that story my entire life.” Maria would laugh about it with friends after Natalie became famous, muttering, in her heavy Slavic whisper, “They used to call me 'The Gypsy!' “ She could easily create that impression as an adult, with her raven hair, magical tales and musical accent. “I could almost see her,” remarked a Hollywood writer who spent hours with Maria, “waylaying me on a street with a bunch of heather, saying, 'Buy this or you'll be cursed for life.' “

The idea that Maria was the displaced child of gypsies is “hogwash” in the pronouncement of her closest traceable living relation – Kalia's son Constantine. No one in the family, including Lana, took this tale seriously. It originated, Maria's daughter Olga believes, as gossip among the family servants, for Maria was born, she told Olga, at the Zudilovs' “dacha,” a country cottage, in the mountains. “And when my grandmother came back she had my mother, so the servants used to tell her, 'You were born by gypsies,' because she wasn't born right there where they could see her.”

One clue exists to help decipher Maria's past. It is a photograph of the Zudilov family, retained separately by both Maria and Kalia, taken somewhere in Russia circa March 1919, according to the handwritten description. Maria's family, judged by their portrait, appears to be of means. They are dressed ˆ la mode, the girls in shirtwaists and sailor dresses, posed regally, projecting a patrician mien. Stepan Zudilov, Natalie Wood's maternal grandfather, sits on a chair to the far left of the photograph, a stout but stately figure with a sweeping moustache, in a well-tailored three-piece woolen suit. At the center of the portrait, also seated, is his second wife, Maria, the putative Romanov. Maria evokes a gentle womanliness. She is possessed of a round face with soft features, girlishly pretty; her dark hair, contrasted by fair skin, is styled in marcelled waves. What distinguishes her as the grandmother of Natalie Wood are her liquid brown eyes: they hold the camera with their tender, slightly sad gaze.

Stepan and Maria occupy the front row with their four children – Natalie's mother, Maria, staring brazenly into the camera's eye; thirteen-year-old Zoia; and the two boys, Boris and Gleb, six and four, seated side-by-side in identical Lord Fauntleroy suits. (Maria would later bizarrely refer to them as “twins.”) Standing behind Stepan's second family are his four grown children by his first wife, Anna; including Kalia, the corroborating witness to the family history. Anna's offspring are swarthier, with sharper features than Stepan's children by Natalie's grandmother. Everyone has captivating eyes.

The picture helps to solve the riddle of Maria's true age, which would become the subject of whispered speculation once she came to Hollywood. From the time she was twenty or so, she gave her date of birth as February 8, 1912. On the back of the 1919 family photo, she is identified as “11 years, 1 month,” which would mean she was born in 1908-the same year recorded in the ship's log when she immigrated to America. Both Maria and Kalia, Kalia's son cheerfully admits, “lied about their age.”

The photograph of Maria's family, ironically, bears a resemblance to the romantic images of Russia's Tsar Nicholas II and his wife, Alexandra, in formal portraits with their children, taken in the last days of the Romanov monarchy. Maria kept this family photo beside a framed portrait of the Romanovs in similar pose, to the day she died, prizing them as jewels. Aside from Natalie, her link to Russian aristocracy is what defined Maria to herself, true or false, for as one companion remarked, “She believed every word of it. That's the mark of a good actress.”

Musia or Marusia, as young Maria was affectionately called, was pampered from the time she was born because of her diminutive size. One of her stories was that she weighed only two pounds at birth, nearly dying. In the family portrait, she is nestled into her mother, cradling her to her breast as Marusia peers out with the smug self-possession of the favored child. She has an elfin quality, her da...

The Life of Natalie Wood