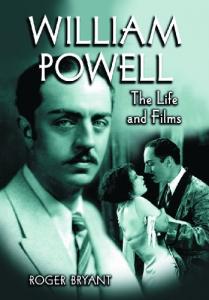 Description de l'ouvrage :
Actor William Powell is perhaps best known for his roles as charming Nick in The Thin Man films and blustery Clarence Day in Life with Father. As diverse as those characters are, they don't begin to reveal the full scope of talent demonstrated by one of Hollywood's most intelligent leading men. Elegant, witty and dignified, Powell created accessible and human characters in a great variety of roles. His talent was such that Powell has a large and growing fan base 50 years after his last film was released, evidenced by the popularity of DVD rereleases and the frequent appearance of his films on cable television. The focus of this book is Powell's work in more than 90 films, from the silent era to the age of CinemaScope, woven into the dramatic and touching story of the actor's life. It begins by leaping into how Powell and actress Myrna Loy were launched to stardom as husband and wife Nick and Nora Charles in The Thin Man. The next chapter sets the stage for the baby Powell's entry into the world in 1892 and details his childhood and upbringing. Following chapters trace Powell's journey into the film industry, his early career as a popular villain, and his transition to talkies in the late 1920s aided by his stage training. The book details his work at Warner Bros., which turned him into a leading man, and his years of stardom at MGM. The book describes turning points in Powell's life--the death of lover Jean Harlow, a 21-month hiatus from films while the actor battled cancer, and a new leap to the top in Life with Father. Concluding chapters detail another flurry of films and the actor's retirement. A filmography lists Powell's films from 1922 to 1955, including those believed to be lost.

Biographie de l'auteur :
Roger Bryant lives in Midland, Michigan, where he is a freelance writer and business intelligence analyst.