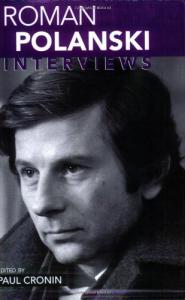 Description de l'ouvrage :
Roman Polanski (b. 1933) arrived on the international scene in 1962 with his first feature film, Knife in the Water, and his face would be on the cover of Time magazine by the end of that year. His vibrant, disturbing, and often violent films--including the psychological thriller Rosemary's Baby, the film noir classic Chinatown, and the somber Holocaust drama The Pianist--have entertained and sometimes infuriated audiences. Stylistically unsettling and thematically varied, Polanski's films have established him as one of the most talented and controversial European filmmakers of his generation.

Polanski's life has been troubled. He survived the Krakow ghetto and the Holocaust, but his mother died at Auschwitz. His wife Sharon Tate was brutally murdered in 1968 by members of Charles Manson's cult. After years of success in the United States, he fled the country in 1978 when he was convicted for having sex with a minor. He hasn't returned to America since that time. In Roman Polanski: Interviews, the acclaimed director talks openly about how incidents in his life have and have not influenced his artistic vision.

This collection of interviews spans nearly forty years and comprises translations from French, German, and Spanish newspapers and magazines and transcripts of British and American television and radio appearances.

Paul Cronin has published several books, including volumes on Werner Herzog and Alexander Mackendrick. Through his production company Sticking Place Films (www.thestickingplace.com), he has made films about Haskell Wexler's Medium Cool, curator and historian Amos Vogel, and Mackendrick's teaching career.